Deprecated: Function get_magic_quotes_gpc() is deprecated in /www/rafexona_531/public/wp-content/plugins/wpml-string-translation/inc/functions.php on line 24

Deprecated: Function get_magic_quotes_gpc() is deprecated in /www/rafexona_531/public/wp-includes/load.php on line 651

Notice: Trying to access array offset on value of type bool in /www/rafexona_531/public/wp-includes/theme.php on line 2241

Hewlett-Packerd Global Business Center will occupy almost 16,400 of office space in the new office building at the Pl. Dominikański square. HP’s employees from Grunwaldzki Center and Globis will move to these new offices. The big migration will start at the end of 2015.

Skanska Property Poland and HP Global Business Center continue their co-operation. Both companies entered into a lease agreement, under which HP leased almost 16,400 sq. m. of office space in the Dominikański complex. This is the biggest such agreement in the history of Skanska in Central and Eastern Europe and the biggest lease agreement for HP GBC in Poland. However, this is not the first lease transaction between HP and Skanska Property Poland. In 2009, companies signed an agreement for lease of office space in the building of Grunwaldzki Center in Wroclaw.

”HP Global Business Center is a really big tenant, so we have adapted the Dominikański complex to its needs. We are happy that we can contribute to the imposing growth of the HP service centre in Wroclaw – previously in the Grunwaldzki Center building and now in Dominikański”, says Katarzyna Zawodna, President of Skanska Property Poland, with satisfaction.

The new office of HP in Wroclaw will be located in two buildings of the Dominikański complex. The company will also lease 166 parking places. The company, which is a part of the Hewlett-Packard corporation, will move to Dominikański at the end of 2015 and at the beginning of 2016. For HP Global Business Center, this means that its two offices (Globis and Dominikański Center) will be combined into one location. The third office will remain in the historic Renoma building. Currently, HP GBC in Wroclaw employs 2,500 persons. Operating since 2005, the company continuously recruits new employees and the offices occupied until now are becoming too small for its workforce. HP leases 4,100 sq. m. in Grunwaldzki Center and 6,700 sq. m. in the Globis office building.

“Because of the specific nature of our activity, we need high-quality office space meeting highest applicable standards and our requirements in order to perform our daily tasks. When making a decision to centralise two of our three offices, we knew that Skanska Property Poland, our long-term partners, will respond to our needs. The Dominikański investment is the best place for our office – not only due to the high standard that it offers, but also due to its extremely convenient location, which is a huge advantage for employees working in the city centre,” says Agnieszka Orłowska, President of HP Global Business Center.

Dominikański is already the fourth investment of Skanska Property Poland in Wroclaw. It will contain, among others, a fully accessible patio including green areas, landscaping elements, shops or restaurants. The total lease area in the Dominikański office building will be over 40,000 sq. m. Users of the building will have a two-level underground car park with around 370 parking places at their disposal. 52% of total space available in the Dominikański complex has already been leased around 10 months before the completion of building works. 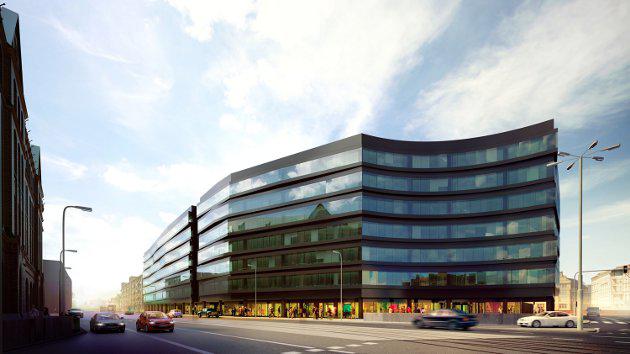 New airport terminal in Wroclaw in use


Deprecated: Function get_magic_quotes_gpc() is deprecated in /www/rafexona_531/public/wp-includes/formatting.php on line 4358

Deprecated: Function get_magic_quotes_gpc() is deprecated in /www/rafexona_531/public/wp-includes/formatting.php on line 4358